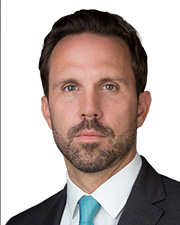 Nicolai Baumann opened up the up-and-coming Avison Young Germany Berlin office location as a procurator and head of office leasing on 1 July 2016.

He was appointed managing director effective 1 March 2017 due to his outstanding achievements in the establishment of the strategically important office.As a Berlin native and trained real estate economist (IREBS), he has more than 15 years of market experience.

Prior to joining Avison Young, he headed Engel & Völkers commercial office rental business in the capital, where he worked for several years as well as several other renowned real estate service providers such as CBRE and JLL, where he build a broad national and international network.